The Maternal and Fetal Disease Research group in London is headed by: 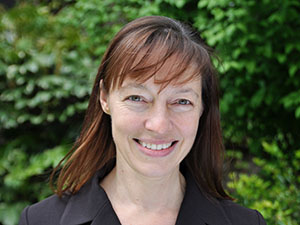 Professor Catherine Williamson is Professor of Women’s Health at King’s College London and is head of a research group that has a major focus on the causes, consequences and treatment of intrahepatic cholestasis of pregnancy (ICP), the commonest liver disease specific to pregnancy. She first became interested in ICP when she treated several women with severe disease at Queen Charlotte’s Hospital. She then applied for a Wellcome Trust fellowship to study the disease. When this was awarded a current programme of research started. She has worked closely with Jenny Chambers from that time. The research group has become larger over the years, and now the research focus has broadened to include studies of the causes and treatment of several metabolic/endocrine diseases of pregnancy. However, the group continues to work on ICP.

Professor Williamson’s research group has identified inherited factors that contribute to the development of ICP. This explains why the mothers, sisters and daughters of women with ICP are more likely to have the condition. In brief, there are genetic changes in affected women that influence the way their bodies make and remove bile acids. Bile acids are substances that help the body digest fats, and they also influence some aspects of metabolism, e.g. cholesterol levels. These genetic changes result in a tendency to have high bile acid levels. The research group has shown that high levels of pregnancy hormones can cause the bile acid levels in the blood to increase further in predisposed women, and ongoing aspects of the work on hormones are funded by the Wellcome Trust. There is still a lot more to learn about genetic causes of ICP, and the group is delighted that ICP has been selected as one of the diseases to be studies as part of the BRIDGE Consortium. This is a large project, funded by the National Institute of Health Research and Genomics England, that will provide support to sequence all of the DNA of over 250 women with severe, early onset ICP to help discover new genes that may cause the disease.

Professor Williamson’s research group has shown that high bile acid levels are likely to play a role in ICP-associated stillbirth, preterm labour and fetal hypoxia in a large study of all affected women in the UK over a one-year period. The group has also demonstrated that exposure to bile acids whilst in the womb predisposes the offspring to obesity and high cholesterol in later life. In collaboration with clinical scientists in the UK and internationally she is currently studying therapies that will protect against poor pregnancy outcome and longer term complications for the children of pregnancies affected by ICP. She is also studying the relationship between cholestasis and gestational diabetes.

Professor Williamson’s group also uses the UKOSS system to perform national cohort studies of endocrine tumours in pregnancy and she is an author of the Confidential Enquiry into Maternal Deaths. She has been awarded more than £1 million in research funds from the Wellcome Trust to study metabolic diseases of pregnancy, and is also funded by Wellbeing of Women, SPARKS charity, The European Union and the Genesis Research Trust.

Other members of the group are: 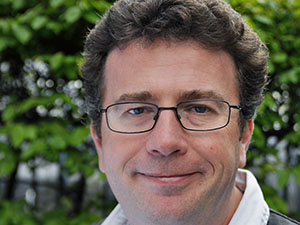 Peter Dixon is a post-doctoral research scientist who specializes in genetic and metabolomic studies. He has spent a considerable part of his career unravelling the maternal genetic component of ICP susceptibility as part of the Maternal and Fetal Disease Group. 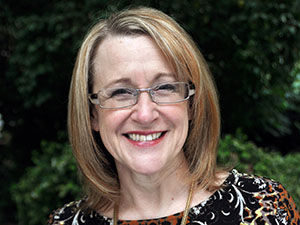 Jenny Chambers is the Clinical Trials Coordinator administering all of the group’s studies. She helps design and implement the studies and both oversees and carries out recruitment to them. She provides data from the studies to the researchers whenever needed. As founder of ICP Support, Jenny is able to liaise with the charity both to recruit participants for research and to disseminate the results of that research. 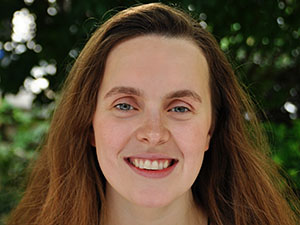 Caroline Ovadia is a Chadburn Clinical Lecturer and Obstetrician whose PhD was supported by ICP Support. Her interests are in medical conditions affecting women in pregnancy and the management of ‘high-risk’ pregnancies. She is researching how the gut microbes affect the body’s handling of bile acids and lipids in ICP, and how this affects the children of these pregnancies. Caroline has also led an international collaboration to determine how ICP affects the outcome of these pregnancies. 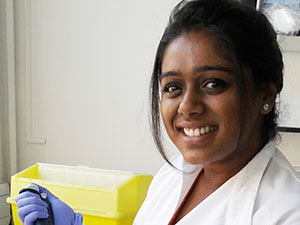 Tharni has recently completed a PhD in women’s health where she was supervised by Professor Catherine Williamson. Her work looked at the effect of ICP on fetal cardiac function (the results of which have now been published in the Journal of Hepatology) and she is currently also working on investigating the effect of bile acids and UDCA on the uterus, as well as improving the testing and monitoring of bile acids. 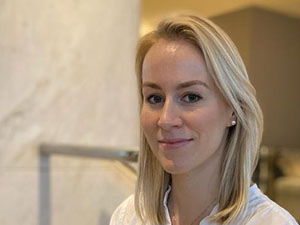 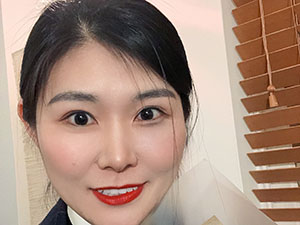 Ge Han is a PhD student at the Department of Women & Children’s Health, King’s College London, supported by a King’s-China Scholarship Council Joint PhD Scholarship. Her doctoral project is to evaluate early life interventions to improve the metabolic health of high-risk offspring of mothers with gestational diabetes mellitus.

She was born in China and brought up in Shandong Province, going to college at Southwest University in Chongqing. Before starting her PhD in 2019, she studied Animal Nutrition at Sichuan Agricultural University in China with a National Encouragement Scholarship, and Human Nutrition at King’s College London. 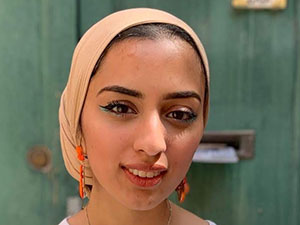 Aliya Amin in a PhD student in the group. She is investigating the role of intermittent cold exposure in brown adipose tissue activation, and its potential as a non-invasive treatment within paediatric non-alcoholic fatty liver disease. 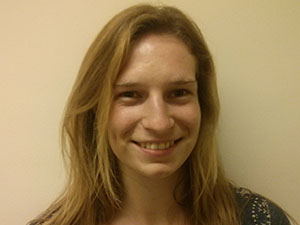 Alice Mitchell is a postdoctoral researcher in the group. She investigates how progesterone sulfates, which are increased in ICP, affect how the body processes hormone signals from the gut, and how this impacts whole body metabolism. 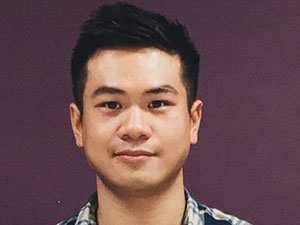 Cyrus Fan is a PhD student in the group. He is investigating the role of bile acid receptors in gestational diabetes and how bile acid signalling/progesterone sulfates can influence gestational glucose metabolism.

Here is what Professor Williamson has to say about the work they are conducting.

Our group has studied different aspects of intrahepatic cholestasis of pregnancy over the past 15 years. We are particularly interested in why some women develop the condition. This is likely to be explained by genetic factors and also by the way the liver responds to raised levels of female hormones in pregnancy.

We have identified genetic variations in several genes that influence the way the liver controls bile acid levels. A small number of genetic abnormalities cause women to be very likely to develop ICP when they are pregnant. However, in most cases there will not be just one genetic abnormality that makes them likely to develop the condition. Therefore we are also adopting more sophisticated approaches to the genetic analysis of the condition, and we are trying to identify groups of genes that can make pregnant women susceptible to cholestasis. We are delighted to be part of the BRIDGE Consortium (funded by the National Institute of Health Research), a collaborative group that will use a state-of-the-art whole genome sequencing approach to study genetic factors that cause women with severe ICP to develop the condition.

In addition to studying the genetic causes of ICP we are interested in how raised female hormones in pregnancy influence the liver and cause cholestasis. We are using several experimental models of cholestasis in pregnancy to study how oestrogen and progesterone and their metabolites influence the way the liver controls bile acid levels in the blood. We and others have shown that breakdown products of progesterone (progesterone sulphates) rise over 100-fold in pregnancy, and that they rise 4–5 times more in cholestasis. At these high levels the progesterone sulphates interfere with the normal way that the liver removes bile salts from the body, and it is likely that this results in cholestasis in susceptible women. Several groups, including ours, have also shown that high levels of oestrogen can also affect the way that the body maintains normal levels of bile salts in the blood.

We are also studying the reasons that the babies of women with the disease can become unwell and, in severe cases, be stillborn. This part of the work includes studies of the placenta and also experiments to establish how bile acids may affect the heart of the unborn baby (in collaboration with Professor Julia Gorelik, Imperial College London). We are studying how different drugs may prevent bile acid-induced damage to fetal tissues.

We recently performed a UK-wide study of severe ICP (defined by the mother having bile acid levels >40 µmol/L in the blood) and showed that this group of women have an increased risk of spontaneous preterm labour, meconium-stained amniotic fluid and stillbirth. Future work will aim to clarify what level of bile acids is not associated with increased risk and also whether drug treatment can prevent this (see PITCHES study).

We have recently reported a new study about the longer term impact of cholestasis on the children of affected women. Using a variety of techniques our experiments suggest that exposure to high levels of bile acids in the womb may cause babies from ICP pregnancies to have an increased risk of high BMI and fatty liver when they reach adulthood. This is still preliminary work, and ongoing studies are aiming to find out whether this is a true association, and whether treatment of ICP can prevent this happening.

Work performed by several groups has shown that the drug ursodeoxycholic acid (UDCA) improves the symptoms and liver test abnormalities of women with ICP. We are performing studies to try to understand whether this drug also improves the outlook for the baby. These include laboratory studies and a clinical trial. We initially collaborated on a study which was coordinated by Nottingham University and has several collaborating hospitals, including St Thomas’s Hospital (King’s College London), Queen Charlotte’s Hospital and St Mary’s Hospital from Imperial College London, Sunderland Hospital, Kings Mill, Mansfield and Heartlands/Good Hope Hospital, Birmingham. This showed that UDCA treatment improves itch and some liver function tests. However, it was a relatively small trial and there were not enough participants for us to be able to establish whether UDCA treatment can reduce the rate of adverse pregnancy outcome. Therefore we are now planning a much bigger study to address this question. This will be a prospective, double blind, placebo-controlled trial that involved 30 hospitals across the UK. This will be coordinated by Dr Chappell at St Thomas’s Hospital. The principal recruiting centres are St Thomas’s, Queen Charlotte’s, St Mary’s and Nottingham City Hospitals. The study is funded by the MRC and NIHR and samples will be collected from women cared for at these hospitals so Professor Williamson’s group can do research with the aim of understanding the cause of complications of ICP for affected women and their babies.

Other research projects within the group include studies of:

Our work has used a considerable number of samples from women who have had ICP and their relatives. Several women have also given their time to raise funds for our work. We are very grateful to all the women who have helped us and hope that this work will improve the health of women with ICP and their babies in the future.