This page describes the original PITCH trial and the subsequent PITCHES trial.

The current drug treatment used by doctors for the treatment of intrahepatic cholestasis of pregnancy (ICP) is called ursodeoxycholic acid (UDCA or urso). It was introduced into the UK in 1992 and grew in popularity with health professionals because it appeared to help reduce the level of itching that women with ICP suffer from. Some researchers also believed that taking urso in an ICP pregnancy might help to protect some unborn babies from the risk of stillbirth.

The first trial that aimed to test this was called PITCH, and was conducted in the UK in 2009. In trials, large numbers of participants are needed if results are to be meaningful (significant), so one of PITCH’s aims was to establish whether women with ICP would agree to take part; if successful, this would lead to a much larger trial for which funding would still be needed. This first phase was successful and 125 women took part, but towards the end of the trial it was clear that the next ‘bigger numbers’ phase was not going to be funded. This was disappointing to the researchers, who nevertheless made the decision to analyse the results that they had obtained.

PITCH showed that urso did appear to reduce the itch that women with ICP experience, but it was a relatively small reduction and when compared to a survey that women and doctors took part in about itching, it wasn’t enough of a reduction to be considered meaningful to the participants in that survey. It also reduced the incidence of meconium staining (where a baby poos inside the womb). The researchers had also tried to show what would happen if women waited for their babies to be born spontaneously rather than being induced at around 37–38 weeks of pregnancy (something that was common in ICP pregnancies at that time), but they didn’t manage to recruit enough women to this part of the trial and the results weren’t significant; it was also clear that any future trials that tried to test this would also fail to recruit enough women.

Because of the small numbers of women recruited to PITCH, the researchers were not able to show that urso was a drug that should or should not be used, so they continued to try to secure funding for the bigger trial. This took a few years, but they were eventually successful and in 2015 the follow-on trial, PITCHES, was launched.

If you would like to see the full results of the trial click here. Otherwise we have posted the main findings of the trial below.

The question asked by the trial was:

“If a woman has ICP, what are the effects on the baby if she is treated with ursodeoxycholic acid (or placebo)?”

What did they do?

Between December 2015 and September 2018, researchers recruited 605 pregnant women with ICP. Half of the women received urso and half a placebo (a ‘dummy’ tablet that contained no active ingredients).

During the trial they also: 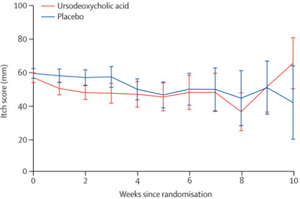 Measured the women’s level of itching 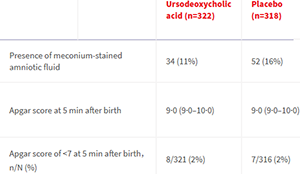 Recorded information about the births 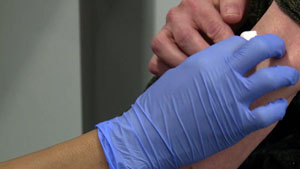 Collected blood samples from some women to use for future research

What did they find?

Researchers found that urso is not a drug that helps women with ICP. It did not reduce stillbirths or the chances of a baby needing to be admitted to a neonatal unit. It did not show any meaningful improvement in itch for most women, nor did it reduce the woman’s bile acid levels.

What does this mean for women with ICP?

It means that some women may not need to take urso. There are some researchers who believe that urso may still have a place in the treatment of ICP, and the most recent research from Ovadia (2021) showed that it reduces the chances of having a spontaneous pre-term birth when their bile acids are >40 μmol/L. In the meantime, given that it is known to be a safe drug to take, it is worth talking to your doctor about its use. 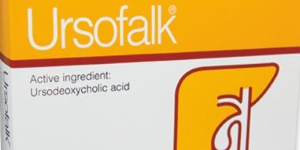 As someone who has taken urso and who also works in a research group investigating the condition, I (along with my research colleagues) had already suspected for some time that urso was not a wonder drug. But I felt that it was very important to help prove or disprove this suspicion so that women with ICP had the right treatment – which is why I agreed to be an Investigator for both the PITCH and PITCHES trials.

The trial wasn’t designed to show whether or not urso can prevent stillbirth – it’s virtually impossible to have a large enough trial to do this (which is why the main outcome of this trial was a mixture of outcomes that researchers called a ‘composite’ outcome), but it did show that stillbirth happened in both the group of women who took the drug and in the group of women who took the placebo (dummy) drug, meaning that the drug may not be protective for unborn babies whose mums have ICP.

However, there are some researchers whose work has shown that it may have a positive impact on the placenta, and Professor Catherine Williamson’s work (here and here) has shown that it may protect the baby’s heart. Other work, since PITCHES, has supported this. What we can be reassured of from the trial is that urso is safe to take in pregnancy.

The positive news is that we know from earlier work by Ovadia et al that the majority of women with ICP can be reassured about the safety of their babies because if bile acid levels remain below 100 µmol/L, the risk of stillbirth is no different than for those women with uncomplicated pregnancies.

We also know that researchers are currently working hard to identify drugs that can be more effective than urso, so that the awful itch that is experienced by women can be eradicated (or at least reduced to a much more tolerable level). A new trial, called TURRIFIC and headed by Professor Bill Hague in Adelaide, is currently under way in Australia to evaluate the efficacy of rifampicin. This will also involve two UK hospitals. ICP Support is a collaborator on this study. Professor Catherine Williamson is also having discussions with other companies that have drugs that may help treat ICP and I hope that the results of PITCHES will show them how badly their involvement is needed.

In the meantime, bile acid testing seems to be the most effective way of assessing stillbirth risk in ICP, and ICP Support will continue to urge all hospitals to provide frequent testing with results that come back quickly. We will also work hard to continue to raise money to fund research.

If you have been affected by anything written here please do email (jennychambers@icpsupport.org) or ring our supportline.